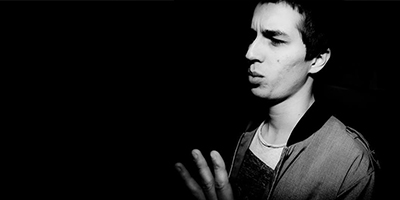 One of the guys behind “Organic Audio“. Pash Pash in collaboration with Lips have a couple releases  under Ukrainian Label “Mulen Records”,He will cherry-pick his music and always keeps things neat.

InFused with Tom Brereton. Those events allowed him to get established in Sydney scene. But it wasn’t until he was introduced to his now good friend Nick McMartin and had his first gig at his fresh event called Organic Audio where he feels for the first time that he can play his true sounds in Sydney without worrying if it was going to be accepted.

Friendship and collaboration with Kolia Lips started in Ukraine and way before Pash moved to Sydney and Lips to Chicago. Long distance has never been a barrier and did not prevent this collaboration. Pash n Lips just released their first EP on Mulen Records.

We are please to present Pashman’s remix on ICKA EP (RGB Audio 2014)
ICKA EP is a delish tech-house release with fresh and lightweight beats and very danceable tribal rhythm.
It is supported by two remixes from Kindsadness (AUS, RGB Rec) with neu-disco version & Pash Mann (AUS) with his dark-dub version of the track.
Icka EP is available now on BEATPORT, JUNO, and other main retailers.