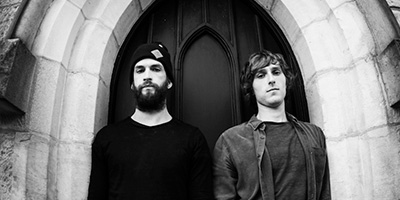 Hailing from home towns of Sydney and Melbourne, the Module Eight duo came together in Byron Bay by sheer accident as a DJ competition put the two face-to-face for the winning final.

Winners aside, both quickly realized a lot was to be shared between them, not just the evening tracklist, but also nostalgia for classic house records they idolized as children. Bonding over good times and ideas on production, the Module Eight duo joined forces in DJ format and in the studio to push their vision of house music for the dancefloor.

Their DJ sets, tastefully selected, often covering a wide range of tempos, styles and moods within electronic music, fuse together the best of house, techno and deep house with a rare side of hip-hop influence. Module Eight excel at gluing together a memorable set and remind us why we love and dance to electronic music. Known for offering much more than the average mix-in mix-out approach, the duo puts all hands to use, staying in the mix with numerous tracks spread across the decks as well as samples and acapellas layered on top to catch the listener’s ear.

The last several years the duo has been playing venues in Sydney, the Gold Coast region, as well as favourite establishments in their inaugural second home, Byron Bay. From party gigs at the Beach Hotel, to festival slots at Splendour in the Grass, the duo have shown support at parties all the way from Sydney to the Gold Coast, being significantly fond of underground warehouse events growing across the region.

As of late, Module Eight have been focusing on moving their share of production firepower with both hands locked in their Gold Coast and Sydney studios.

With the love to feed the vibe of tracks working together among a background of samplers, synths and delay boxes, they have been making their DJ sets a part of a live show where duo comraderie and bravado are laid bare on the table.