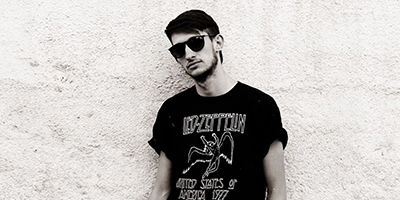 Producer and a DJ currently based in Kyev, the founder of Irpish Rec, Alexander Koloniari creates deep house channelling influences from pop and nu-disco sound.

Representing a new generation of young European sound producers, Koloniari tailors well thought-through, multi layered, smooth and quite low-tempo yet danceable tracks that are so in demand at the moment.

Koloniari is also a DJ, spinning his house favourites in small bars as well as underground clubs in Kyiv where he is currently located. He strives to keep up to his trendmark sound and stays on the edge of unknown and new.

He debuted in 2012 with May4th released on National Techno (RU), that was later featured in Motherland Russia vol 2 compilation that was released by Tretmuehle (DE). His tracks were also noticed on Get High Music (UA), Wassabi Rec (DE), Kolokol Digital (RU), Nite Recording (ARG) to name a couple.

Listen to his new EP released Tear it down, available now on BEATPORT, JUNO, and other main retailers.